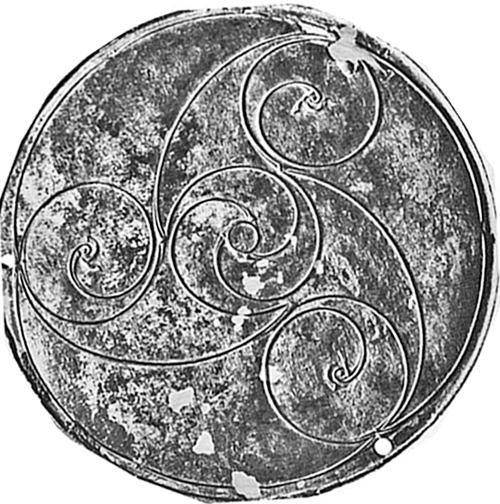 What do we mean by?

It’s just a distraction…  Don’t let yourself be distracted

If you read posts written by those of us who are working to shift consciousness, disclose, help us develop our sense of personal responsibility, increase freedom or just by people who simply care, you’ll see that short hand.  A lot!

It’s one that has plagued me for years.

What does it mean?  It sounds so… well… uncaring.  So fatalistic and dismissive.

Updated 10/5/2017: Added links to the posts that have come out since I wrote this.  You, everyone, this world … we are phenomenal!  Awesome!

Let me paraphrase some of the most common manifestations of this saying in context so you can feel where I’m coming from:

It’s just a false flag (pick any bombing or shooting of choice).  They’re trying to distract us

The government’s trying to distract us by threats of war, separation, upheaval (again, pick any country against which we’ve heard the mainstream media beating the drums of war)

Fights over Obamacare reform, tax reform, gun control and all the other debates in congress, the inane “Russia Hacks”, Pedophilia scandals in the Vatican, Indian reservations, and now Congress … all just distractions 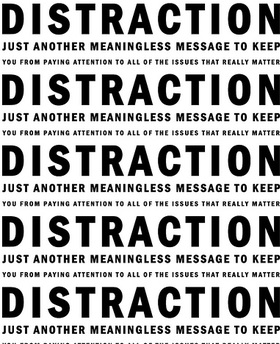 Is Obama Starting A War With Syria Just To Distract Us From All The Scandals?

I think that’s enough.  But these are events that actually DO happen!  And people bleed, die, are harmed, see their livelihoods or families destroyed.  They ARE real.  They are material. They do matter. And it is right that any of us should feel upset about such occurrences.

These writers and speakers aren’t callous in an ever day sort of way.  They’re not psychopaths. They’re not bought and paid-for spies and inciters of violence who hold their only allegiance for the guy behind them with a check.  For the most part they are deeply committed, warm, concerned and compassionate people.  Most of all, they are responsible and advocates of responsibility.  That’s why the cognitive dissonance of this phrase with the rest of what they write is so strong.

So, what DO they mean?

As I say, I’m a pretty caring and personal kinda gal, so this particular conundrum took me years to unravel.  What I finally understood — (just today!) — is the underlying meaning to this shorthand.

Let me get to that first, then I can hypothesize about why this issue ever arose…

Whenever one is called upon to create, it requires all our attention and focus.  Think about cooking.  If we take our eye of the pan or forget the cake in the oven or leave the pasta (rice, potatoes, etc.) on boil too long, it burns.  There is a distinct energy of purpose in creation.

We build with quality when we pay attention.  When we care.

To execute the specific steps at exactly the right time, with the right tone or frequency… to draw this line here, have that conversation there, drive this nail or add this amount of spice takes immense concentration.

Everyone who has gone through the tremulous, nerve-wracking, yet exciting experience of building anything has felt that. It’s like walking a tightrope.  Amazing! 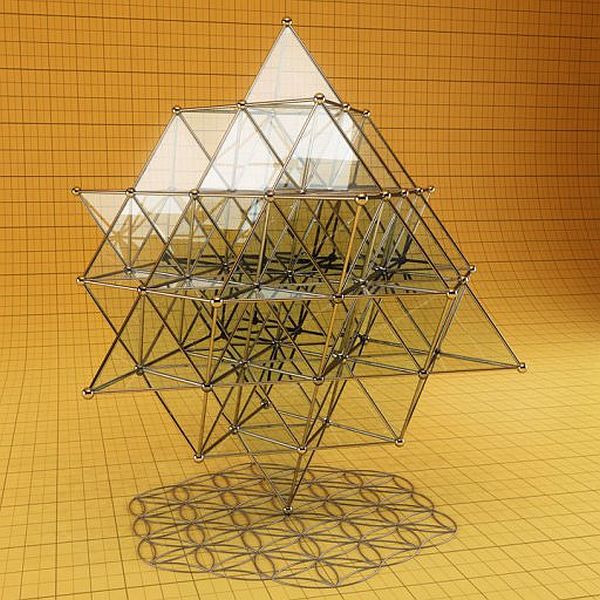 We feel this explosive surge of energy — that creative impulse.  When we’re in the flow, we know exactly what to do and what to say at exactly the right moment!  It’s the greatest high… and the greatest low when it fails. It takes guts, endurance, willing to persevere.  Most first creations are failures.  Few manifestations produce the results we intend.  Yet, when we reach the final outcome (or even “that’s good enough”), the achievement of our goal makes us gods in that moment. We want to should from the mountaintops: “I did it!”

And what are human beings if not creatures that create?

So, we go from the low to the high. The very depths of despair feeling we’ve been instructed to disengage to the euphoria of divine creation.  And to get there we had to concentrate.  We had to focus. We could NOT be distracted.

We set our eyes on a goal and we reached it. Hopefully not at the expense of others.  The end NEVER justifies the means.  But we lived live the way we were intended to … as benevolent creators.

Had we wallowed in self-pity or preoccupation that this or that terrible event was besieging our peaceful world. Nothing new would come.  We would just sit there and, “stew in our own juice,” as my mama says…  We would, simply stop. Do nothing.

And that is exactly what they want!

Forces Behind the Distractions

So who, exactly, stands to benefit from these distractions?  Why would they be used against us with such mindless repetitiveness and vile callousness?  Why do we appear besieged from all sides with them? Everywhere? Every how?

Purposeful: there are those in this world today who benefit from the status quo.  They are the “powers that were” or the oligarchs.  Like Carnegie and Morgan faced with a Tesla promising to create free energy for everyone to use, they have a lot to lose.  These are the instigators. The money men and women behind these distractions.  They undeniably do pay people to orchestrate, stage and create these events, be then in the halls of congress, foreign countries or our city streets.

Instinctive: these are those in this world today who work for the status quo. Or are married to those that do.  They fear.  They fear the loss of livelihood. They fear change. They fear lack, uncertainty, a future different from today.

Conflicted: these are … well they are us.  Confused by half-truths, untruths, the incessant deluge of information which does not seem coherent or make much sense, a world gone mad.  Honest, good, willing people just trying to make the world a better place and live a good live who cannot comprehend how all these crazy things are happening nor why.  Who may try and try again, but are human.  They get scared. They get tired. They are you and me.

The purposeful want us to do nothing and create nothing because they believe they are the source of all knowledge, hence their power.  They don’t want anyone to think they do not have all the answers.  Their very lives and fortunes depend on this.  They have so much to lose.

A world of peace and unfettered freedom, where everyone can BE and DO as they choose, without constraint. Unlimited. Beautiful.  A world full of love.  This is terrifying to them and threatens their very existences because they would no longer control it.  Another word used to define the purposeful distractors is “the controllers.”

And yes. Any of us can and probably have at some time been that.

The instinctive just want it all to stop and nothing to change. They want nothing more than peace and quiet. Most times they feel like victims.  Bereft of hope, they have given up.  If others create and build a new world, it makes them feel very uncomfortable.  Where is their place in that?  Why aren’t they participating in that?  Yet underneath all that self-loathing and discouragement is a faint spark of hope.  What if?  What if this time IS the change? What if this CAN free me?  What if I CAN do that TOO?

Living on the knife’s edge of uncertainty, people motivated by such feelings are very volatile.  They both hate and admire creation. They defend the status quo irrationally and angrily, yet they also, subconsciously, pray that one day, somehow, some way, some savior will come along and change things.

The conflicted try to be those saviors and they vacillate between instinctive and purposeful, controller and victim, in between bouts of lucidity where they rise again to become absolute creators.  Bringing change in spurts, they are the victims of intense self-criticism and doubt, yet driven by some unknowing force to try, strive, and seek freedom in all its forms and meaning.

What a terrible mess we’ve made.  What a glorious conundrum. 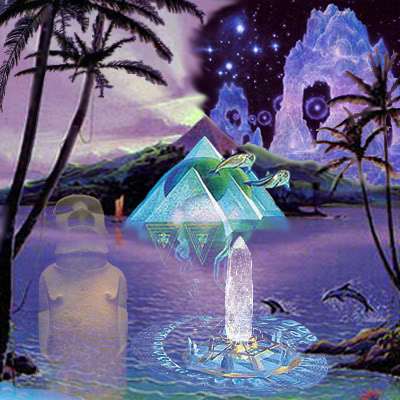 But it is to the conflicted that I speak today.  Trust.  Trust your instincts. Trust your purpose. BE and DO as you feel right!  Do NOT be distracted.  That is what this is all about.  It is in those quiet hours when you know yourself again, totally and utterly, that the great creations bringing about this New Earth are born.  Focus, concentrate and believe in yourselves.  Create!

And why then do those with such good intentions say such awkward, conflicting messages as “it’s just a distraction.”  Honestly, I don’t think that they even realize their shorthand can be so misunderstood.  If you’ve ever had the pleasure of interacting with geniuses or entrepreneurs, they get so set on their mission that they completely miss how others are responding (or not) to their message.  They’re oblivious.

Like the athlete or soldier, they have honed their ability to ignore distraction to such an extent that they can’t even comprehend why you or I might be upset at their apparent callousness.

It’s not simply kill or be kill instinct.  These beautiful people do not believe Sandy Hook or the Boston Marathon or San Bernadino or Las Vegas or so, so, so many other tragic shooting and bombing events are “okay”.  Collateral damage, acceptable in the war their fighting.  I realize that instead they call out the warning of distraction after hours or days of innergrating those emotions themselves.  After hours and days of researching these events and publicizing why they are false flats – mostly for no compensation or value exchange.  Knowing they will be ridiculed, shunned and vilified.

Yet they keep on because their dedication to helping us all wake up and stop these horrible acts once and for all — because their focus on creating New Earth — has become so total and complete that they can.  And can’t we all recognize that leaders are often made, not born?

Recognizing the heart of this disconnect now, I hope to heal it.  I know how much I felt hurt and confused by the mixed messages and how they tilted me more to conflicted than creator.  Believe it or not, I wasn’t born an entrepreneur.  I’d much rather work for someone.  It’s easier!  I’m loyal and dedicated and I love to be part of a team (albeit with a view over the driver’s shoulder).  Yet experience after experience drove this understanding into me.

If we want to create, build a New Earth that works for everyone, we have to start now.

And we can’t allow ourselves to be defeated by distractions. 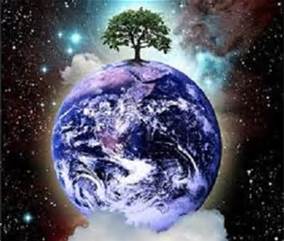