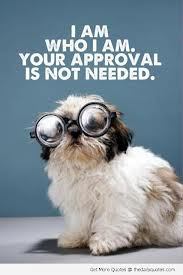 “I AM THAT I AM”… it is a statement about presence… not invisibility.

“I AM THAT I AM”… it is a statement about what simply is… which isn’t about proving one’s presence to another.

“I AM THAT I AM”… it is a statement about going beyond identification, labels or description.

“I AM THAT I AM”… it is a statement about realization… not about denial of one’s being.

“I AM THAT I AM”… it is a statement about being timeless and eternal.

Welcome to affirmation that *I* and *You* are unique, irreplaceable, invaluable, and incredible!

In summing up the Russian Spiritual Philosophical opposition to Communism, Berdyaev neatly encapsulated the problem:

“Russian communism… is a transformation and deformation of the old Russian messianic idea… On one hand the search for the Kingdom of God and integrated truth and justice, capacity for sacrifice and the absence of the bourgeois spirit; on the other hand, the absoluteness of the State, and despotism, a feeble grasp of the rights of man and the danger of a featureless collectivism.”

Russia’s Spiritual Philosophical tradition proposed a different viewpoint:  Instead of seeing human beings as a mere “collection of atoms” — a thing — they identified a unique, creative, spiritual aspect to each unique human entity.

Rights of the Human Being are Essential!

This was not a new theory that suddenly dawned at the end of the 19th century in Russia any more than New Age spiritualism concepts today are *new*…If we travel back to Ancient times, we can find many examples of such ideas in almost every civilization the world has encountered.  New Agers often look to Atlantis or Lemuria (predating “known” history… as it is explained today).  Many harken back to ancient Druids, Celts and other Native indigenous beliefs.  Many look to Eastern Spiritual concepts especially those elaborated by the Buddha, Hinduism (including Hari Krishna), or Taoism – “the Way”.  Garret John expressed this beautifully in his capstone video The Wayseer Manifesto

“You know in your heart that there’s a natural order to life, something more sovereign than any man-made rules or laws could ever express. This natural order is called “the Way.” The Way is the eternal substrate of the cosmos. It guides the very current of time and space. The Way is known by some as the Will of God, Divine Providence, the Holy Spirit, the implicate order, the Tao, reverse-entropy, life-force, but for now we’ll simply call it “the Way.”  The Way is reflected in you as the source of your inspiration, the source of your passions, your wisdom, your enthusiasm, your intuition, your spiritual fire – love. The Way takes the chaos out of the Universe and breathes life into it by reflecting divine order. The Way, when experienced by the mind, is genius, when perceived through the eyes is beauty, when felt with the senses is grace, when allowed into the heart … is love.”

In 19th & 20th century Russia, they drew their understanding largely from Socratic and Platonic idealism and from the early Christian Gnostics.  These ideas embody a dualist vision of life and a natural (not-man-made) hierarchy:

Advances in Quantum Physics make these distinctions of matter versus spirit quite interesting.  If we exchange “energy” with “spirit” and consider the new theories about particles coverting into waves, the uncertainty principles, and the current black hole and dark energy experiments undertaken with the Hadron Colliders.  “Locality says that particles interact at points in space-time. But suppose you want to inspect space-time very closely. Probing smaller and smaller distance scales requires ever higher energies, but at a certain scale, called the Planck length, the picture gets blurry: So much energy must be concentrated into such a small region that the energy collapses the region into a black hole, making it impossible to inspect. “There’s no way of measuring space and time separations once they are smaller than the Planck length,” said Arkani-Hamed. “So we imagine space-time is a continuous thing, but because it’s impossible to talk sharply about that thing, then that suggests it must not be fundamental — it must be emergent.”  Natalie Wolchover, “A Jewel in the Heart of Quantum Physics.” Theoretical Physics September 20, 2013.